In the latest blurring of the line between cosmetics and drugs, new products that promise to make eyelashes look longer are causing a stir among physicians and regulators because they contain ingredients that are the same or similar to those in prescription drugs for an eye disease.

Doctors and patients alike have noticed that eyelash growth is a side effect of a glaucoma drug called Lumigan, sold by California drug maker Allergan Inc. That phenomenon has set off a race among cosmetics companies to create new eyelash treatments that contain either bimatoprost â€“ the active ingredient in Lumigan â€“ or other so-called prostaglandins found in glaucoma drugs.

Before and after using Lumigan daily for 10 weeks

The eyelash products look like mascara tubes and have a brush or tip for applying the product along the base of the lashes, and typically sell for $140 to $160 in spas and doctors’ offices. At the same time, some doctors are writing Lumigan prescriptions for their cosmetic patients, a practice allowed because a drug may be prescribed for any use once it is approved by the U.S. Food and Drug Administration for one use.

But the companies pushing into this arena are already facing two big fights: one with each other, the other with the FDA.

Allergan itself, which sells the antiwrinkle drug BOTOXÂ® and is making a major push into aesthetic medicine, is believed to be testing Lumigan for lash enhancement. That strategy would echo Allergan’s development of BOTOXÂ® for cosmetic use many years after it was launched to treat eyelid spasms and other neuromuscular problems. Earlier this month, Allergan filed a patent-infringement suit against several eyelash companies that it says use a prostaglandin in their products.

Meanwhile, the new cosmetic products are already causing regulatory concern. On Friday, federal agents sent by the FDA went to a San Jose, Calif., warehouse and seized thousands of tubes of Age Intervention Eyelash, which the FDA called an “unapproved and misbranded drug.” The agency said it hadn’t received any reports of patient injuries, but warned the product might be potentially harmful because it contains bimatoprost, the Lumigan ingredient.

Jan Marini, founder and chief executive of Jan Marini Skin Research, which introduced Age Intervention Eyelash in 2005, said it was discontinued a year ago after the FDA raised questions about it and state officials embargoed the inventory that was seized at the San Jose warehouse. This February, the company relaunched the product with a slightly different name, Age Intervention Eyelash Conditioner, and a similar active ingredient that isn’t in any prescription medication. Ms. Marini says the company isn’t aware of any safety complaints related to either the original or the new formulation.

The scramble to develop and sell eyelash products derived from the glaucoma drug shows how the line between a cosmetic and a drug isn’t always clear. Cosmetic products can use ingredients that are also used in prescription medications.

However, if a company promotes its product to change the structure or function of the body â€“ rather than just its appearance â€“ then it is classified as a drug and must prove its safety and efficacy in human tests. The FDA’s Web site says that a product may be considered a drug if its ingredients have a well-known therapeutic use. FDA officials have so far declined to say how its rules apply to cosmetic eyelash products that contain ingredients found in glaucoma drugs.

FDA spokesman Brad Swezey declined to say if the agency is generally investigating cosmetic eyelash products or claims. However, in its press release Friday about the seizing of the original Jan Marini product, the agency said that Age Intervention Eyelash, if used together with a prescription glaucoma drug, could increase the risk of optic-nerve damage. Used on its own, the product “may cause other adverse effects,” including swelling of the retina and inflammation in the eye “which may lead to decreased vision.” Neither the agency nor the company has received any report of adverse effects, according to Mr. Swezey and Ms. Marini.

Other companies in the eyelash business are also trying to understand the regulatory landscape. Michael Brinkenhoff, an ophthalmologist who founded Henderson, Nev.-based Athena Cosmetics Corp., the seller of a product called RevitaLash, said recently that he has talked with FDA officials and believes he is complying with government regulations. He declined to reveal the ingredients used in RevitaLash, but he says they are “of a concentration that is reduced from anything that would be in any kind of a medication,” and “I have been scrupulously careful not to make any claims outside the realm of beautification.”

Jeffrey O’Donnell, chief executive officer of PhotoMedex Inc. of Montgomeryville, Pa., said the active ingredient in the company’s MD Lash Factor is a “derivative” of a molecule used in glaucoma medications. The product was launched in September and “sales have doubled in the last month,” he said earlier this month. “Ours isn’t considered a drug and our claims are cosmetic,” he said, adding that the FDA hasn’t raised issues about the product or its marketing.

Even as the cosmetics firms search for regulatory answers, Allergan is moving to defend its turf. An Allergan spokeswoman, Caroline Van Hove, declined to discuss its drug development plans. But she added: “We’ve got intellectual property in this particular area.”

On Nov. 7, Allergan filed a patent-infringement suit in federal court in Santa Ana, Calif., against seven eyelash-product companies. Among the defendants are Jan Marini Skin Research, Athena Cosmetics and PhotoMedex. Ms. Marini called the suit “baseless” and pledged that the company would vigorously defend itself. Athena’s Dr. Brinkenhoff and PhotoMedex’s Mr. O’Donnell declined to comment on the suit.

Allergan isn’t alone in trying to learn more about Lumigan’s effect on eyelashes. Physicians at the University of California at San Francisco, who say their research isn’t funded by a pharmaceutical company, are testing Lumigan and another glaucoma drug in patients who have lost their eyelashes because of alopecia areata, an autoimmune disease that causes hair loss.

Other researchers are developing tools to measure growth of the tiny hairs. “There are scales to look at wrinkles, but no one has developed an eyelash scale,” said Leslie Baumann, director of cosmetic dermatology at the University of Miami’s Miller School of Medicine. Dr. Baumann says many more eyelash-growth products are headed to market. They are probably safe, she says, but could permanently darken the color of the iris if allowed to drip into the eye.

Lorrie Klein, a cosmetic dermatologist in Laguna Niguel, Calif., says she started prescribing Lumigan after noticing “beautiful, long lashes” on a patient using Lumigan for glaucoma. Now, Dr. Klein promotes Lumigan on her Web site as “easy to use at home with only a once daily application” for “one to three months to achieve the desired length, and then once weekly for maintenance.” She advises patients to use a disposable brush to apply the drug.

Dr. Klein says she feels comfortable prescribing Lumigan because it comes from Allergan, which sells other dermatological drugs and products. Some of her patients, she says, work for Allergan and have told her the company has recruited subjects for a clinical trial of Lumigan for cosmetic use. Dr. Klein notes that Lumigan’s safety has been validated by FDA tests. “It’s scary to me as a physician that some cosmetic companies are slipping in a prescription drug,” she said.

Check out OC Dermatology on Yelp 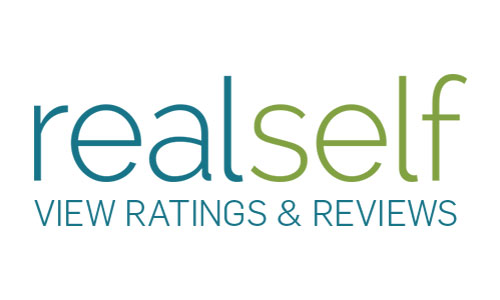 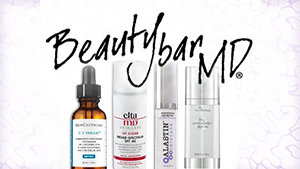